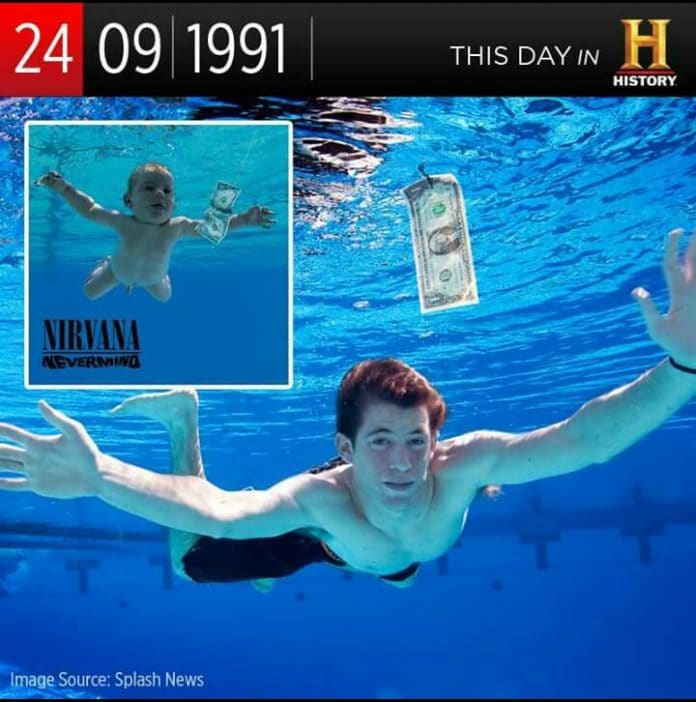 On this day in 1991, Nirvana’s Nevermind album was officially released. The swimming baby photo used on the album’s cover is among the most recognizable and memorable images used in the music industry’s history. The baby featured on this album cover – Spencer Elden is now 25 years old and is seen here re-enacting his iconic pose. Are you a fan of #Nirvana? #TDIH